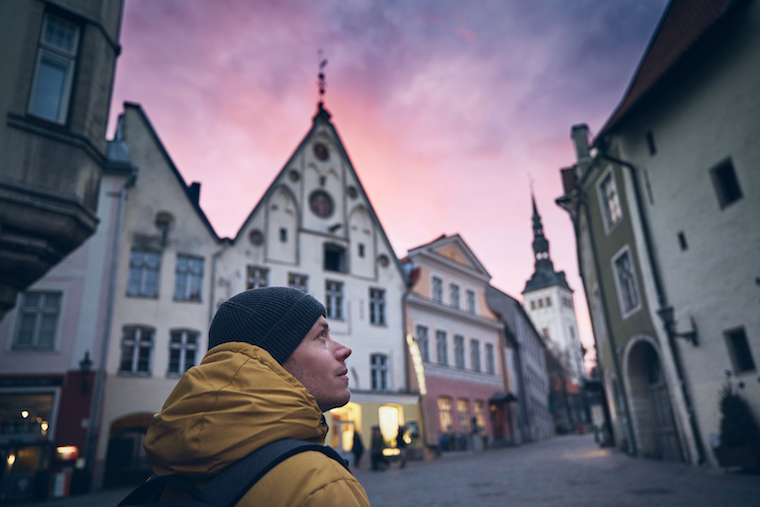 Are you a non-resident or have Estonia e-Residency and want to open an Estonia bank account?

Welcome to the club…

If you’re one of the 66,000 Estonia e-Residents or you desperately need to open a bank account for your Estonian company, this article is for you.

In fact, if you’re like most people with Estonia e-Residency today, you probably have an Estonian company that you can’t open a bank account for. And you might be wondering why you obtained e-Residency in the first place.

By now, most people have duct-taped together a few banking alternatives, EMIs, and payment services. But with all the scandals in the fintech space ( …like Wirecard “losing” around $2 billion) more and more people want to open a real bank account.

In this article, we explain how the Estonia bank account game has changed, what you can do about it, and how you can still open a bank account.

Before diving in, if you’re interested in opening non-resident bank accounts that meet your specific needs, we encourage you to download a FREE copy of the Non-Resident Banking Starter Guide.

Estonia e-Residents and Estonian companies were all the rage for freelancers and digital nomads over the past few years.

And what wasn’t there to love?

Estonian companies were affordable. So, if you had Estonia e-Residency, you could quickly register, maintain, and start your Estonian company remotely.

And, Estonia only taxes distributed profits. That means those with the right setup could operate tax-free– which is hard to do in almost any other European country.

And things worked fabulously for a while.

But then, e-Residents started having trouble opening Estonia bank accounts. And banks started getting tough on non-resident Estonian companies.

It’s like banks knew that non-resident accounts were about to become a major problem for them.

And then, something horrible happened…

In 2017, Estonian banks got caught red-handed in the largest money-laundering scandal in European history.

Danske Bank, the largest bank in Denmark, had a little branch in Estonia. And, that little Estonian branch let $228 billion (yes, billion) in suspicious transactions flow through its doors for eight years, from 2007 to 2015.

To make matters worse, it turned out that most of that $228 billion was sent and received by… non-residents.

Naturally, this set off a chain reaction of events…

If you or your company didn’t have real economic ties to Estonia, you were a pariah and locked out of the Estonian banking system.

Estonia e-Residents, Estonian companies, and non-residents who applied for an Estonia bank account were either rejected or told politely to not even bother applying.

E-Resident: “Hi, I want to open a business bank account for my Estonian company.”

Estonian Bank: “What are your economic ties to Estonia?”

Now, Estonia e-Residents with freshly minted Estonia companies were faced with a harsh new reality: either deal with subpar banking alternatives, pay more money to create a new company elsewhere, or get creative and find an alternative bank account elsewhere.

To tackle the challenges of opening an Estonia bank account, we need to tackle two major misconceptions about Estonia e-Residency: The connection it creates between the e-Resident and Estonia and Estonian banking.

For this reason, it might be time to start looking elsewhere if you’re an e-Resident in need of a bank account.

On the other hand, if you’re still hell-bent on opening an Estonia bank account– you need to understand what you’re up against…

Remember: The sting from recent banking scandals is still fresh in Estonia. And, many Estonian banks are still shell shocked and recovering.

Estonian banks were at the heart the largest (and most embarrassing) money laundering scandal in Europe. Obviously, this wasn’t just a minor compliance “hiccup.”

It’s also important to realize that Estonian compliance departments are under pressure to perform and keep non-residents out.

And on top of all that, Estonian banks know they’re being watched closely. Not surprisingly, regulators and authorities in Estonia, Europe, and the US all have eyes on this tiny Baltic outlet now. Basically, the entire country is effectively on time out, and for the foreseeable future, they’re in good behavior mode.

So, it’s important for non-residents and entrepreneurs to realize that Estonian banks have zero interest in taking on risky non-resident individuals and companies right now.

Where Should You Bank Instead?

But, you’ll have to think outside the box. To that end, you may need to think beyond Estonia bank accounts, knowing where to look, and having the right information.

Your options, as always, will depend on your client profile, the amount you plan to deposit, and a wide range of other considerations. But you’ll have a much easier time opening non-resident accounts in any of the countries below.

In fact, depending on where you open, you’ll even be able to open accounts remotely.

Of course, there are many other non-resident banking options available to you in other countries outside of Europe. And depending on your needs, your interests, and your profile, one of them might be a good fit for you.

If you haven’t already downloaded our Non-Resident Banking Starter Guide, you should… it’s a great place to get started banking as a non-resident and finding the best banks and countries for your needs.

Should You Try to Open an Estonia Bank Account?

As we shared above, pre-2015, many people wanted to open an Estonia bank account because banking in Estonia was really… easy.

In fact, at Danske Bank’s Estonian branch, 44% of total deposits were from non-residents. So, they were used to dealing with non-resident accounts.

Plus, Estonian bankers pre-2015 were the kings of non-resident banking and cross-border transactions. They approved just about anything, they did it fast, and they did it in huge volumes.

But, why do non-residents want to open Estonia bank accounts today?

As we all know, banking in Estonia started to change dramatically around 2017. Basically, banking rules got stricter and a new type of non-resident client emerged: foreign non-residents with Estonian companies.

Estonia’s e-Residency program launched in 2014. In a nutshell, it issued digital ID cards that let foreigners digitally sign and submit documents and log into government portals.

Not surprisingly, a lot of them want to open Estonia bank accounts. But, they can’t.

But e-Residents aren’t the only ones looking to open Estonia bank accounts, in fact, there are six different groups that want and should open accounts in Estonia (if they can do it)

Groups that can benefit the most from Estonia bank accounts:

While these groups tend to be the most interested in Estonia banking, not all of them are eligible. Not surprisingly, those without ties to Estonia are frequently rejected by Estonian banks.

As a result, they are either forced to acquire ties, consider alternative banking solutions or open accounts with banks outside of Estonia.

Here’s are the most common reasons why the groups keep trying to open Estonia bank accounts, despite the continued struggles.

If you fit into any of the categories above, having an Estonia bank account will make your life a lot easier. Likewise, in addition to the added convenience, it can also save you a lot of money.

What If You Can’t Open an Estonia Bank Account?

At this point, if you’ve been rejected by Estonian banks in the past, it’s time to start considering alternatives. To that end, you might consider alternative banking solutions (EMIs, fintech, etc) or opening a bank account outside of Estonia.

Similarly, if you have a bank account in Estonia and you have concerns over it being shutdown — consider lining up backup bank accounts before it’s late. Then you’ll have a backup account ready to go if your bank does suddenly terminate your account as they’ve done to so many other non-residents.

But all things considered, if your Estonia company is 100% reliant on fintech solutions and you’re worried about sudden account freezes or the recent negative trends we’re seeing in the sector, you should consider something more sustainable.

Likewise, entrepreneurs with fast-growing businesses or who deal with high volumes may find they’ve outgrown their fintech or EMI solutions and need a traditional bank account.

Whatever the reason, getting prepared before your accounts are negatively impacted just makes good sense.

Are You Ready to Open an Estonia Bank Account?

There is a wide range of alternative non-resident banking options to choose from. And if you’re looking to open accounts in Estonia, chances are there are better options available as well.

If you want to know which specific banks will accept you, which account opening strategies to use, how to avoid high fees, and overcome tough paperwork requirements, then we’d be happy to help you on your journey.