Is Your Money Safe in a Bank During a Recession? 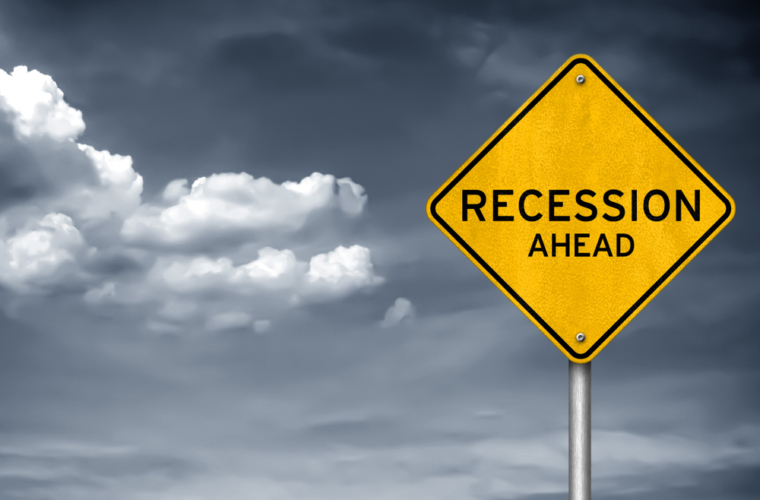 There are a lot of people who are currently questioning whether their money is safe at a bank during a recession. It’s a very real concern and one that needs to be discussed.

It’s should be no surprise that the most important factor determining the safety of your money is your bank. In fact, you might be surprised to hear that there are other factors you even need to consider. Well, there are. But banks are at the core of whether your money is safe.

We’ll be helping you understand the specific signs you need to look out for to make sure that you’re banking with a safe bank with strong financials that isn’t going to implode during the next crisis. Sound good?

This article only serves as a primer to the much bigger question of recession-proof bank accounts. If you’re interested in getting an in-depth look at whether your bank is safe, or you want to find a safe international bank to open accounts with now, we highly recommend downloading your free copy of Recession-Proof Bank Accounts.

This report is 100% FREE and if you care about whether your money is safe or not, you should grab a copy now…

When is the Recession Coming?

First of all, no one can tell you with absolute certainty when a recession is going to strike. But one thing is certain… a recession will strike eventually.

In the US, recessions historically come every 7 to 10 years. And it’s been 10 years since the end of the last one, in 2009. So, get ready. Whether you like it or not, the economy is eventually going to take a dive.

Most of the talking heads are suggesting that a recession will hit the US within the next one to two years. If you’re reading this pre-recession, that means you can prepare and take action now to protect yourself and your money.

And that’s really what this article is all about…

Regardless of the type of risks facing you – social, economic, legal, or financial there are steps that you can and should take to ensure your money is secure.

As for how and where the next recession will impact you the most, there are hundreds of variables that will play into that equation. It also depends on where you live, work, what industry you work in, where you hold your money, what investments you have, and many other factors.

And while you can’t always recession-proof every aspect of your life, we can help protect you from serious banking failures and financial risks that most people miss.

Here are a few steps that can take right now to protect yourself and ensure your money is safe,  no matter what happens next.

So, is Your Money Safe During a Recession?

The great thing about banks is that nearly everything you need in order to determine how “risky” a bank is…is publicly available (if you know where to look and how to interpret the numbers).

Yes, that can be time-consuming, annoying, and – unless you have a team of banking geeks like us – it can be boring as hell.

But, if you really want to know whether your bank will be safe during a recession, that’s where you have to go to find the answer.

And that’s just one of the reasons being a GlobalBanks Insider is so useful, we do all this stuff for you so you don’t have to.

The principles of how to keep your money in a bank safe during a recession are the same as at any time in an economic cycle.

The biggest risks to you are three-fold:

2) the country you bank in – are there country risk, exchange controls, or crazy laws? (e.g. South Africa, Lebanon)

3) the currency that you bank in – diversify instead of holding onto a plummeting currency.

Of course, there are additional risks that you need to consider, besides the three listed above. But, generally speaking, finding and keeping your money at banks with sound financials that won’t expose you to regulatory, financial, investment, operating, currency, or country risks is key.

Here’s a quick snapshot of each risk and what it means:

Is The Bank Safe?

When trying to determine if a bank is safe there are a range of variables to consider. For the purpose of this article, we’re going to focus on top-line financial consideration. To do this, you want to assess two things, solvency and liquidity.

If a bank is solvent, it has a reasonable amount of funds available to cover its depositors and creditors if some of its assets go bad. To calculate a bank’s solvency ratio you simply divide a bank’s total equity by their total assets. You want to see a solvency ratio of at least 10%.

In addition to solvency, you also want to check the bank’s liquidity, as expressed through the amount of depositor money the bank keeps in cash and other liquid investments. This is one of the most important indicators of a banks health. It reflects a bank’s ability to withstand any major withdrawal demands from depositors, also known as a “run” on the bank.

Is The Country Safe?

The country you choose to bank in is just as important as the actual bank, perhaps even more so. The country dictates the domestic requirements, which can have a dramatic impact on the stability of your bank and can impact your money.

Another consideration is whether the country has introduced bail-in legislation. If so, and you have deposits in the bank, you are on the hook as a depositor if the bank ever faces foreclosure. This is shocking on many levels, not the least of which is the additional moral hazard that it introduces to the banking sector.

Lastly, when considering a country, you should be aware of any specific legislation that restricts your ability to move money in or out. Commonly referred to as foreign exchange controls, these can often lead to heavy taxation on your funds when you’re looking to move them abroad.

What About Deposit Insurance?

Many people mistakenly think that because they have a bank account in a country with “deposit insurance,” they don’t have to worry about banking risk.

This is flawed thinking. And, it can get you into trouble.

We can’t talk about money being safe in a bank without touching on deposit insurance. After all, it’s the only safety net that many banking sectors around the world rely on, including the United States.

But, when you look at the numbers, most deposit insurance schemes are worthless.

For example, the US has over $9 trillion in customer deposits. But, the FDIC only has about $30 billion in actual reserves (to pay depositors if their bank fails). If just 1% of US depositors withdrew decided their money, the FDIC would be broke.

Like the FDIC, many deposit insurance schemes around the world are designed to bail out depositors in case of an occasional bank failure. They operate on the assumption that only a handful of banks will ever fail at one time. That means, the system can’t cover depositors if there’s a financial catastrophe or economic collapse and more than 1% of depositors lose their money.

These deposit schemes are not designed to actually backstop the banking sector. They are designed to give depositors the feeling that a “safety” exists. It’s providing a false sense of security, based on false numbers.

But unfortunately, the FDIC only has enough money to cover 1% of the total deposits in the banking sector.

If there is a systemic shock to the system, deposit insurance in the United States can’t give everyone their money back.

Now, it’s important to remember that banks fail all the time. We talked about this in more detail in our recent article about banking failures.

And when it comes to normal operating conditions, the FDIC and other deposit insurance schemes around the world, are well-positioned to protect depositors during those “regular” failures.

But when it comes to a recession, the situation is different. And the question of whether the money in your bank account is safe during a recession becomes more real.

Many people are left wondering whether or not they should bother opening an account in the US at all. If you’re purely looking at US banks as a place to protect your wealth long-term, you’d be right for worrying. While we wouldn’t recommend keeping your life-savings in US banks (especially during a recession), banks in the US are still a great choice for day-to-day, transactional banking.

In the midst of the 2008 crisis, Sheikh Mohammed, the Prime Minister of the UAE and Ruler of Dubai, told his cabinet that “we are determined to protect our financial and banking system out of keenness to preserve the interests of our country and people.”

The UAE federal government literally ensuring the country’s entire banking sector against any failure. More specifically, the UAE government-guaranteed 100% of deposits and savings in all national banks, inter-bank lending operations between banks operating in the UAE, and that no UAE national bank would be exposed to credit risk.

The UAE government was prepared to inject sufficient liquidity in the financial system whenever necessary.

Clearly, the difference between the USA and the UAE deposit insurance programs is the fact that the UAE was willing and financially able to provide a safety net for the entire banking sector. Plus, the UAE, unlike the US, had the financial resources to back it up.

In fact, there aren’t many countries in the world that can afford to offer such protection to depositors.

That’s one of the reasons why you need to carefully consider the safety of the banks and the country you’re banking in.

What if You Bank in a Country Without Deposit Insurance?

By now, you probably recognize that we don’t put much value on deposit insurance. And there’s a good reason for that…

Instead, we prefer to look for fiscally responsible countries with conservative banks that are well-managed, have solid financials, and don’t make risky investments.

That way, when you’re wondering whether your money in the bank is safe during a recession, the only thing you need to worry about is the bank itself.

How Can You Keep Your Money Safe During a Recession?

Use the risk metrics that we’ve outlined above and look at the banks that you currently have accounts with. This is a great way to get started and will give you a sense of your current risk exposure.

Then, depending on what you find, you might want to consider opening new accounts to either decrease your risk or simply diversify away from your existing risks. You can do this by opening accounts in a different country or simply opening accounts at safer banks.

If you need help finding recession-proof banks, you can join GlobalBanks Insider to get real-time analyst support to help you open the best accounts at the safest banks around the world. Click through below to learn more.