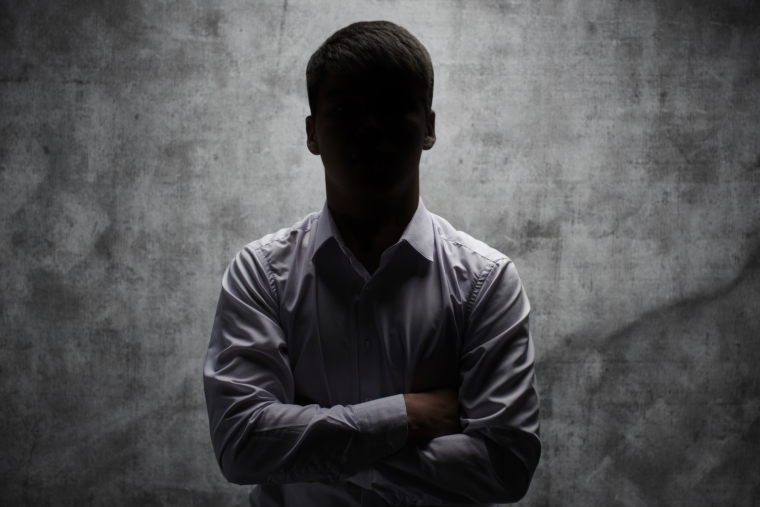 For over a century, the rich, powerful, and well connected have used anonymous bank accounts to do all sorts of things.

Some wanted privacy. Others did it to avoid taxes. Some groups wanted an untraceable account to disguise nefarious activities. Others used it to hide money from ex-husbands and wives, disgruntled business partners, or creditors.

But the desire to be private and maintain anonymity doesn’t have to be criminal.

Many people have used anonymous bank accounts throughout history to protect their nest egg from corrupt governments, illegal seizures, or confiscation in their home countries.

Up until the 1990s Swiss numbered accounts used to be synonymous with anonymous bank accounts. The bank didn’t know who the ultimate beneficial owner (UBO) was. Your name wouldn’t appear anywhere.

People would set up a company with bearer shares and have their lawyer open a corporate account for the company. And, poof… in seconds you had an anonymous bank account that couldn’t tie back to you. But, that’s no longer the case.

In this article, we’ll explain what anonymous bank accounts are, why people want them, and the different types of anonymous accounts that exist today.

We’ll also explain where things get dodgy, what to watch out for, and how you can unlock the same benefits of an anonymous bank account without crossing the line.

An anonymous bank account, also referred to as a “numbered account,” is a bank account where the identity of the account holder is replaced with a multi-digit number or code. The name of the client is only accessible to the client and a small circle of senior staff at the bank.

Traditionally, the account holder’s name and code number were written on an index card, then it would be placed in the bank’s safe, and only accessible to the banker and his boss.

Like any account, the money could either sit there and do nothing. Or it could grow through investments. It was up to the client.

But, here’s where things get interesting, or dodgy, depending on who you are: It was the account holder’s responsibility to report the account to the appropriate tax authorities. If the owner didn’t declare the account, it was nearly impossible for tax authorities to find out that it existed. End result? The owner wouldn’t pay taxes on the money in that anonymous account.

Basically, in the era of banking secrecy (yes, that era is over now), the thinking was: money that no one knew about wasn’t taxable.

But then, everything changed.

UBS got busted for helping Americans evade taxes with anonymous bank accounts in 2007. Not surprisingly, the US retaliated and rolled out the big guns… information sharing, US-style.

FATCA was introduced in 2010. Then, governments and tax authorities around the world rolled out their own version of FATCA, called CRS in 2014. And that was followed by the Panama Papers leak in 2016, which only expedited global information-sharing procedures.

After all, if governments had info about the private financial holdings of their taxpayers abroad, they could recoup billions in unpaid taxes and penalties. Just like the United States got to do with Americans under FATCA.

Result? Tougher banking laws, beefier KYC & AML rules, and new compliance standards were rolled out across the board. Now, banking secrecy is dead. And, for the most part, so are anonymous bank accounts.

The point is that banks automatically send your bank account details to tax authorities now. And, in order to open a bank account, banks must know who the ultimate beneficial owner (UBO) of the account is. Or, they’ll get slapped with massive penalties, lose their license, and possibly be subjected to excruciating investigations.

This is the new normal.

There are many reasons why someone might want to open an anonymous bank account. Here are a few common reasons:

Movies have added to the mystique of anonymous bank accounts. They’re everywhere. Spy thrillers. Spielberg movies. Even the Wolf of Wall Street has a Swiss banking scene where the main character opens an anonymous account.

So, it’s not surprising that many people first learn about anonymous bank accounts from Hollywood and then aspire, to some degree, to get in on the “fun”!

If you’re from a country with corruption and weak rule of law, you might not want corrupt bank employees or government officials to have access to your private bank account information. This makes you more vulnerable to blackmail, kidnapping, extortion, and a host of other unpleasantries.

You might also be concerned about privacy if you live in a litigious country, especially one known for frivolous lawsuits and financial predators. If bank and government employees can easily access your personal information and bank account details, you’re an easy target.

Other people want to open an anonymous bank account for more traditional reasons, such as more robust asset protection.

A numbered account can shield your life-savings from collections against fraudulent claims and frivolous lawsuits. It can also protect you from predetermined guilt, which is a fancy way of saying your money is frozen by the court because they think you’re guilty before trial.

But, let’s not be naive. The #1 reason people give for wanting an anonymous bank account? They don’t want to pay taxes.

This is one reason why so many people want to bank in non-CRS countries, like Georgia or the United States.

Many incorrectly think that the best way to minimize taxes is by opening an anonymous bank account that isn’t in your name. This is tax evasion. This is illegal in many countries. Don’t do it. It’s not the 1980s, you will get caught.

It’s also important to remember that banking secrecy is dead and banks automatically send your bank details to tax authorities in your home country.

But, if avoiding taxes is the reason you’re on this article, you’ll be happy to learn that there are 100% legal ways to eliminate or drastically lower your tax bill without an anonymous bank account. More on this below…

Is It Possible to Open Anonymous Bank Accounts Today? 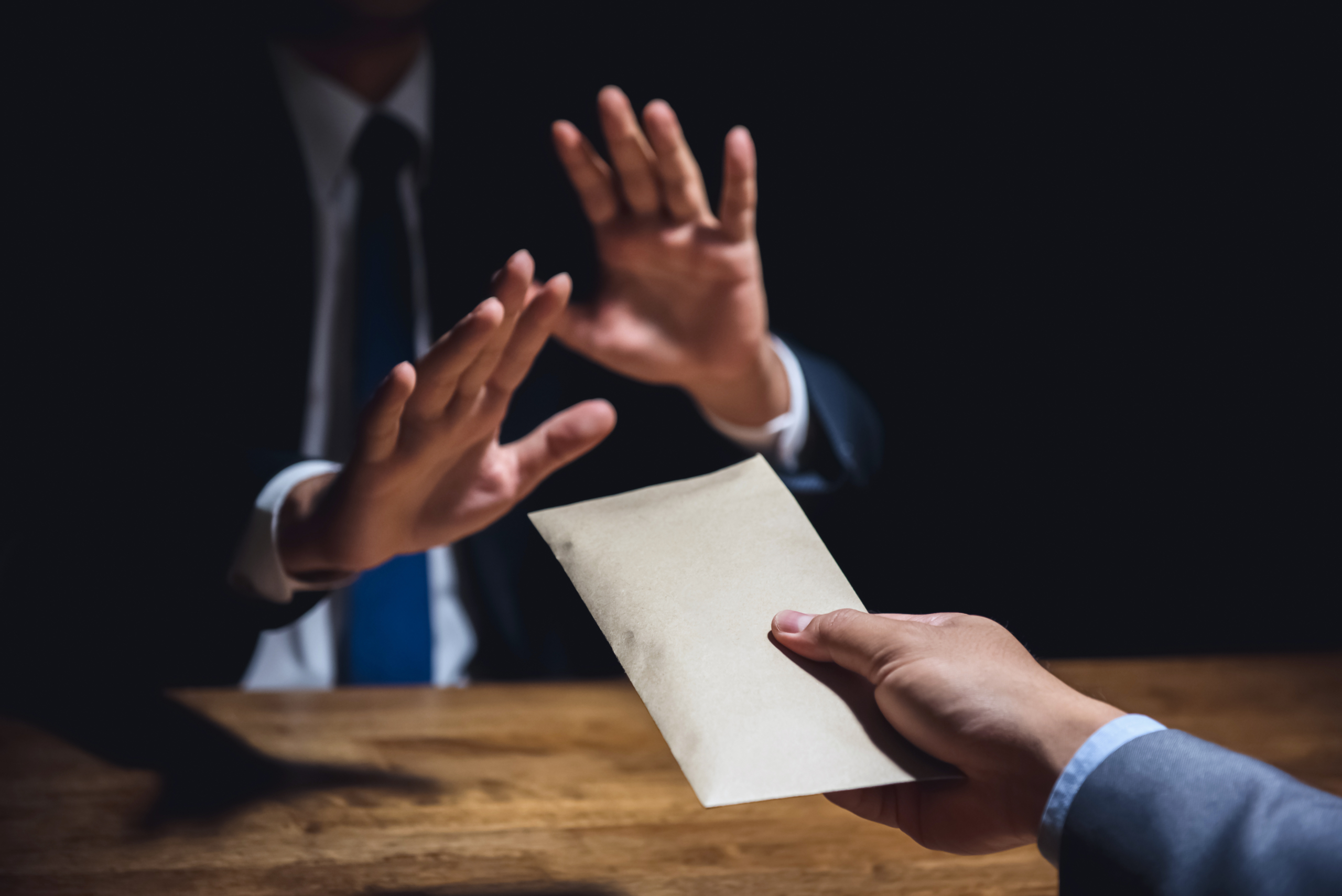 Anonymous bank accounts are no longer possible because banks have CDD, KYC, AML rules that require them to verify the identity of the ultimate beneficial owner (UBO).

Some people still think it’s a great idea to try and open anonymous bank accounts. So they have a third party set up bank accounts for them. The third party is the signatory and the perceived owner of the account. But another person is the actual owner and uses the account from behind the scenes.

This is illegal in pretty much every country.

In The Wolf of Wall Street, the main character, Jordon Belfort, is advised by a Swiss banker to open numbered accounts in another person’s name. This way the account isn’t in his name and can’t be seized by the US government. He decides to have his wife’s aunt, a non-US citizen, open numbered accounts for him. He then accesses the funds with a nameless Visa or Amex card tied to the account.

Alternatively, some people will buy a company that already has a functioning bank account that was set up by the previous owner or a nominee. It’s up to the new owner to inform the bank and change the signatory. If they don’t, they’ve effectively acquired an anonymous bank account.

Most people inform the bank of the ownership change and then change the signatory. But some people don’t do this. Instead, they continue to operate the account under the old signatory. They maintain access to the account by using the same username, password, password device, phone, email, and ATM cards.

Again, this is almost always illegal and violates the terms of use. Plus, after the bank catches on the account will be frozen.

How to Get the Benefits of an Anonymous Bank Account

While you can’t get anonymous accounts, you can still get most of the benefits!

By using 100% legal and fully legitimate internationalization strategies you can reduce your taxes, increase asset protection, and remove leverage that any one government has over you and your money.

And to do this, you’re going to need to strategically use international & offshore banking.

Why? Because information sharing is unavoidable, even in non-CRS countries. So the only way to protect yourself is by following legitimate legal strategies.

The two most common strategies for reducing or eliminating taxes without an anonymous bank account are the following:

If you’re a non-American, you can usually achieve this by becoming a non-resident in your home country, establishing tax-residency in a low-tax, no-tax, or territorial-tax jurisdiction.

You could do this by getting a residency in a tax-free country, which has no income, dividends, or capital gains taxes. All your personal income is tax-free. Many entrepreneurs get paid personally rather than through their corporate because doing so is tax-free.

Both of these scenarios will require you to set up banking for your investments, structures, and of course personal offshore bank accounts. But, if you do all this, you’ll already have achieved 90% of the benefits that an anonymous account can offer you–and it’s all 100% legal!

Eliminating tax by acquiring residency and moving to a tax-free country or territorial tax haven is easier for some people than others. And it’s also much easier for certain nationalities.

For example, if you’re an American, it’s a lot harder, usually takes longer, and there are more hoops to go through–but it is still 100% possible.

US citizens have three options to choose from. The lite-version involves moving abroad and taking advantage of the foreign-earned income exclusion, various expense related loopholes, and filling out mountains of paperwork to report your foreign bank accounts.

The middle of the road option for Americans is moving to Puerto Rico or the US Virgin Islands. Hire a lawyer, sign a few contracts, move your business there, hire some staff (it’s a bit more complicated than that), and shed all of your US Federal Tax obligations in the process.

It’s not a bad deal considering that you can cut your effective tax rate to low single digits. But, there’s a catch. You can’t leave whichever island you choose for around 6 months a year. Just skip hurricane season and either place will do.

Then there’s the full monty. Get yourself a second passport (maybe a third for backup), renounce your citizenship, pay an exit tax (if you’re a “covered expat”), leave the US for good, establish tax residency in a tax-efficient country, and be free of onerous reporting and overreaching governments forever.

Regardless of who you are, what passport you have, and to what degree you want to access these benefits, the first step is always that same…

You need to access the best international & offshore bank accounts to support your internationalization strategy.

But before making any decisions about your internationalization or tax strategy, you should consult with professional advisors to make sure the strategy you pursue is best for you and 100% legal.