Many expats, digital nomads, tourists, and small business owners are trying to figure out how to open a bank account in the Czech Republic.

You see, the Czech Republic is a gateway to the European Union for many people (and businesses) that struggle to access EU bank accounts elsewhere.

Similar to Poland, Hungary, Bulgaria, and other EU members, certain banks in the Czech Republic offer a more relaxed onboarding process than places like Germany or France.

But it’s not all sunshine and Koláče… many Czech banks are painfully slow and have language barriers that make it almost impossible to open accounts. Not to mention, depending on where you come from, they can be incredibly frustrating to deal with.

Now, after all that, you might be surprised to find out that Czech banks are actually in high demand for certain people…

In fact, after the country joined the EU in 2004, the foreign population in Prague exploded… driving demand for banking even higher. Today, there are over 500,000 foreigners living in the country and many more visiting regularly for leisure and business.

Fortunately for all of them (and you), it’s possible to navigate the Czech banking sector to open accounts without all the headaches. You just need a bit of expert guidance, some direction on which banks to choose, and a good banker.

If you’re interested in opening an account in the Czech Republic as a foreigner or non-resident, don’t forget to download your FREE copy of the Non-Resident Banking Starter Guide while it’s still available…

Put simply, the Czech Republic has been through a lot over the last 50 years.

First, communism. Then, the fall of communism. And, a banking crisis in the 1990s…

Several Czech banks went belly up thanks to inexperienced bankers, mismanagement, and loose regulations. And, a slew of criminal schemes and asset stripping designed to plunder the Czech banking system didn’t help either.

So, the Czech Republic experienced all the growing pains and mistakes that most former-communist countries made when transitioning to a free-market economy: corruption, asset grabs, bank failures, wild west lending policies, and more.

Plus, the country had zero banking expertise. The labor pool was scary. Czech’s state-run banks literally rewarded managers for bad decisions, ineptitude, and propping up failing industries. And, there were so few trained bank staff in the country that it was nearly impossible to be fired. Naturally, incompetence spread like wildfire.

Soon, it became clear: one of the biggest threats to the Czech economy in the ’90s was that no one in the country actually knew how to run a profitable bank. And, since banks didn’t have shareholders, there was zero accountability.

But then the Czech Republic did something interesting…

They let foreign banks from developed Western nations buy up the Czech banking sector.  Overnight, an influx of qualified, western-thinking bank managers and standards were injected into the country. The banking sector stabilized, Czech executives were groomed, and the future started to look promising.

Today, the Czech banks are liquid and profitable. And, the country has an abnormally conservative banking sector when compared to its peers.

And, that’s a good thing for anyone banking here.

Further strengths were gained when the Czech Republic joined the EU in 2004, but the country hasn’t adopted the euro. So, you’ll be using the koruna, or CZK, for all domestic transactions.

And, despite not being a banking hub or international financial center, if you have the right information, choose the right banks, and have a solid banker going in, there are a few interesting banking opportunities here for certain groups.

Why Bank in the Czech Republic? 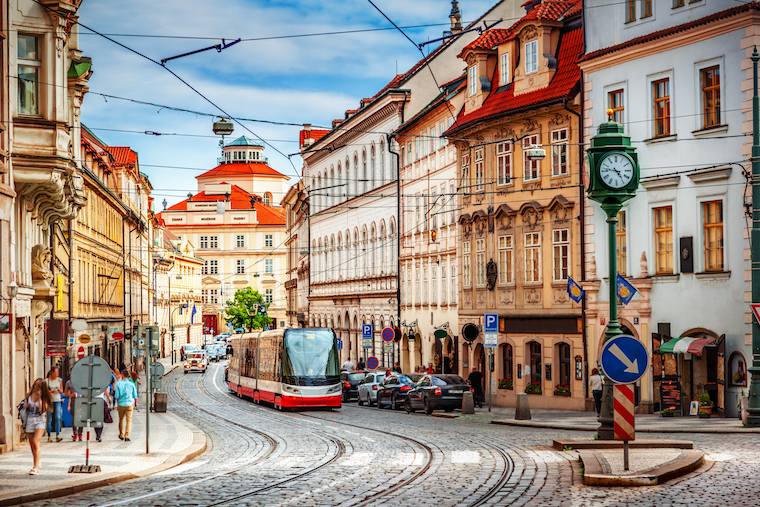 The Czech Republic can be a useful banking option for some foreigners.

The country is already popular with foreigners because of its “developed country” status, low cost of living, and the ability to live a European lifestyle for a fraction of the cost.

But, what makes banking here interesting?

Highlights of Banking in the Czech Republic:

Who Should Open a Bank in the Czech Republic? 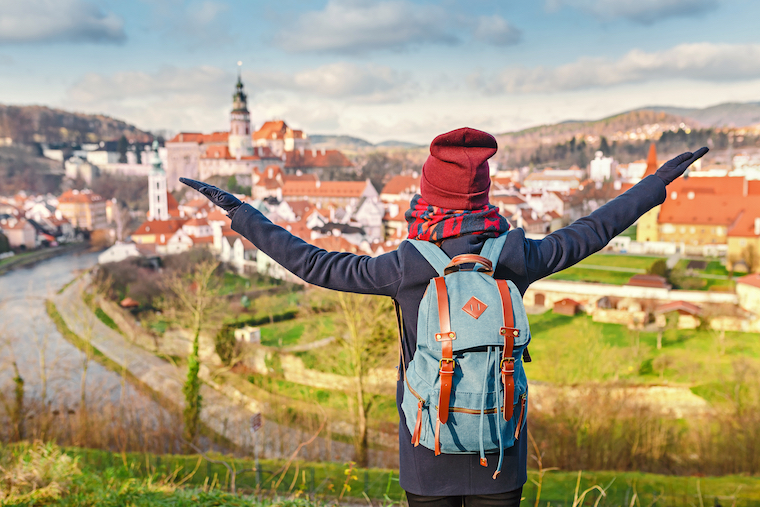 The following groups will find having a bank account in the Czech Republic most useful:

Here are a few examples highlighting how a bank account in the Czech Republic can be useful for certain groups:

Some EU countries sometimes have strict residency and paperwork requirements, which make it difficult for non-residents to open bank accounts. Places like Germany, Estonia, Luxembourg, Malta, and others, fall into this category. So, those looking for lenient account opening might want to give the Czech Republic a try. Many of the banks are foreign-owned and Prague is loaded with foreigners, so certain banks are used to dealing with non-residents.

And while fintech, EMIs, and payment institutions are available to foreigners and companies in several European countries – they can have limitations and hyperactive compliance controls making them unreliable for certain transactions. And if you’re dealing with larger amounts, a traditional bank account can make more sense.

Most people owning property in the Czech Republic will need a Czech bank account to pay for local services and receive payments. In addition, several Czech banks provide mortgages to foreigners who are looking to buy property here. Some Czech banks will even give you lower mortgage rates if you agree to maintain a certain balance and have incoming transfers above a particular amount each month. Certain banks will even give mortgages to temporary residents who don’t even have residency cards.

Interestingly, non-US citizens without credit history domestically can also get a mortgage. The process is more difficult, but if you don’t have a guarantor or co-signer, you can sometimes transfer funds to a CZK fixed-term deposit account and use that as collateral for your mortgage. 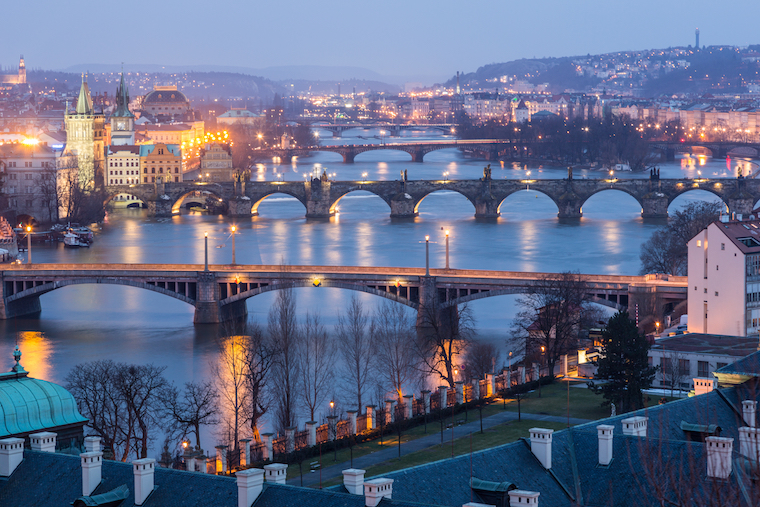 However, many of these hurdles are to be expected when banking in Central or Eastern Europe, but others can be avoided entirely if you have the right information, connections, and a bit of direction.

Many foreigners are surprised to find that not all banks have English-speaking customer support and not all bankers speak English. And, some are downright clueless with how to open accounts for non-resident foreigners, so be prepared to bank hop. Having a list of English-speaking bankers that are reliable and used to dealing with expats is a big advantage.

If you ever have a problem with your account in the future, the bank makes a mistake, or you get charged an exorbitant amount and need to be refunded, do you have a banker that can solve the issue in English? Oftentimes, for foreigners, the answer is no. If there’s no customer support and you don’t have a local friend who can translate, you’re stuck going from branch to branch looking for a responsive, English-speaking banker to resolve the issue.

Unmotivated and unhelpful bank employees. If the bank overcharges you for something, getting a refund can sometimes be difficult. If you’ve banked in Central or Eastern Europe, you can expect a similar experience.

Applying for your “rodné číslo,” or national ID number early on is an excellent idea. It’ll increase your banking options, expedite the account opening process, and can even give you access to lower mortgage rates. You get your rodne čislo when you register with the foreign police, usually after 1-3 months of staying in the country. You can learn more about rodne cislos here.

Not All Banks Accept Non-Residents

Bank selection is particularly important for non-residents and non-EU residents. Not all banks accept non-residents. And, Non-EU citizens, by default, are going to have more scrutiny and only certain banks will consider opening an account for you. Some banks will allow a foreign address, while others will refuse and require a local Czech address.

If you want to have a joint account with your significant other, look elsewhere. Surprisingly, joint accounts, as most foreigners know them, don’t exist in the Czech Republic. Some banks will let you add someone as an authorized user, but only one person can “own” the account.

Many expats find this out the hard way. What usually happens is this:

You need to make a large purchase – a down payment, security deposit or rent, pay business expenses, buy a car, etc. So, you transfer money to or from your foreign bank to a Czech bank in CZK. And, you’re hit with a massive conversion fee. The highest fees happen when the bank deposits your incoming EUR or GBP transfer into your CZK account. You’re hit with the bank’s conversion rate, which is usually horrible and the resulting fees are usually shocking for foreigners.

While Transferwise, Revolut, and other fintech options are great for small purchases and day-to-day currency conversions, they can’t always be used for larger transactions.

Remote account opening in the Czech Republic is increasingly rare. While it’s still possible in certain circumstances if you appoint a local representative, for most people this is out of reach and physical presence is almost always required. Plus, since the majority of banks are foreign-owned or are branches of international banks, remote account opening exceptions aren’t as loose as other central and eastern European countries.

Are You Ready to Open a Bank Account in the Czech Republic?

If you need help sorting out your banking options in the Czech Republic, want to know which banks you should apply to, or just aren’t sure where to turn, we can help.