Open a UK Company Bank Account as a Non-Resident

Opening a UK company bank account as a non-resident doesn’t have to be a time consuming and expensive process.

With the right information (and a bit of direction) you’ll be able to do it on your own in no time. And that’s exactly what you’re about to get from this article.

For years, non-residents have flocked to the UK to set up companies and open bank accounts at some of the world’s most revered banks.

And, it makes sense… a UK company with a reputable bank account in a global financial center can be a golden ticket.

But, there’s a problem…

It’s really hard to open a bank account for a UK company if you (the owner) are a non-resident with zero ties to the UK.

And, if you’re in the Unlucky Passport Club, it’s even worse. Banking will be an uphill battle not only for you but also for your business.

But an uphill battle doesn’t mean impossible, let’s dive in.

Your Mission If You Choose To Accept It… 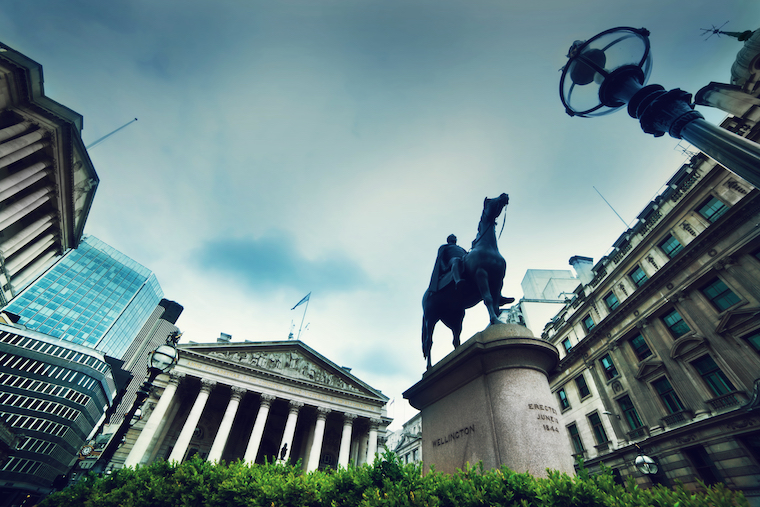 Over the past decade, banking laws and regulations have become much more strict. That means more hurdles for non-residents wanting to open corporate bank accounts. And it also means bigger penalties for banks that don’t follow the rules.

As a result, the raw cost of compliance and onboarding non-resident clients has skyrocketed for banks everywhere, and the UK is no exception.

So it’s no surprise that UK banks have introduced strict guidelines and enhanced due diligence requirements when dealing with non-resident companies and individuals, especially if they don’t have ties to the UK.

Before moving on, if you want to get started opening bank accounts for your business right now, download your FREE copy of the Business Banking Starter Guide from GlobalBanks.

That’s because non-resident companies are higher risk and verifying the identities of non-resident directors and shareholders is time-consuming.

If you were a banker dealing with a UK company with a non-resident director and shareholder from Tuvalu, (a small island in the Pacific Ocean), how would you verify their identity? How do you know their documents are real?

If you’re the bank, sometimes it’s just easier to not open bank accounts for UK companies owned by non-residents at all.

For instance, some banks block applications for certain nationalities and countries of residency. Some banks are open about it, while others are more secretive.

Then, there are UK banks that will consider UK non-resident companies but only if the non-resident directors or owners have certain nationalities and tax residencies.

In short, vetting and onboarding non-resident clients are way more time-consuming, expensive, and risky for banks than it has ever been before.

Banks basically had two choices, turn their backs on non-residents completely, or adjust the way they handle non-resident applications.

Fortunately, most UK banks opted for the latter and have become more selective in the process. But adjusting the way they deal with non-residents doesn’t mean account opening is going to be easy…

It’s not uncommon for certain banks and branches to hold UK non-resident companies (aka those with no ties to the UK) to a much higher standard and require more documents during the application process– that is if the company is even allowed to apply at all.

Other banks just make the application so intense, document-heavy, and expensive that some non-residents just give up altogether and opt for a fintech solution instead.

Besides the mainstream options that we all hear about in the news, which ones are actually willing to open accounts for UK companies with non-resident directors, and shareholders?

Here’s how you can break down the options: 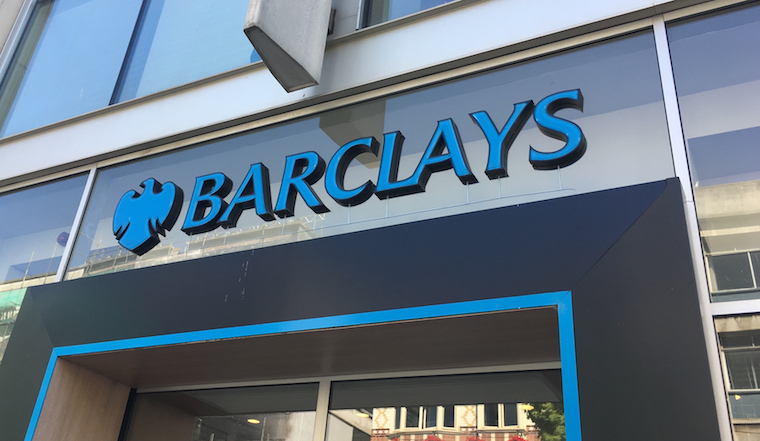 These banks will only deal with UK companies owned by certain nationalities and residencies. Each will have a different set of criteria and thresholds that determines what makes a non-resident company worth onboarding as a client.

So, knowing the preferences and sensitivities of each of these banks, the branch you plan on approaching, and even the banker is important before applying.

For instance, let’s say you just created a UK company a few months ago. You anticipate $100,000 in annual revenue.

You don’t want to spend $800 compiling and authenticating documents to try and open an account at a bank that only accepts UK resident companies with over $10 million in annual turnover… that would be a huge waste of time and $800 you’ll never get back.

When most people think about banking in the UK, they’re dreaming of the Big Four.

But, sometimes, there are diamonds in the rough that you’ve never even heard of. And just because you haven’t heard about a bank doesn’t mean you should skip them.

In fact, 99.9% of the world has probably never heard of the top five banks in the world… and they almost all accept non-residents. Though you’ll need a cool 8 figures to get a meeting. But that’s for another article.

All we’re saying is if the Big Four won’t work for your company, or won’t accept you because of your client profile, there are still options that are willing to accept non-resident companies. In fact, sometimes the smaller mid-sized banks are more enterprising and open to non-resident shareholders and directors.

Alternative Options for UK Company Bank Accounts as a Non-Resident

If you can’t open at a UK bank for your company, it might be time to look beyond the UK.

These countries make sense because they’re familiar with UK corporate structures, share the same legal system, and have experience dealing with non-residents.

With this in mind, if you’re considering non-UK banking options, we’d suggest starting with banks in these countries.

Of course, if you’re looking for help choosing the right bank, we’d be happy to help you get started.

If you can’t open an account at a traditional bank in the UK or another country, some UK non-residents look to fintech, EMIs, and payment systems as an alternative. This gets you an IBAN, debit card, and lets you integrate with payment processors and online marketplaces.

If you have a micro-business, or you’re short on time and money, UK fintech solutions can be a quick and easy way to jumpstart your business banking.

But before diving in, read the following section that we’ve dedicated to UK fintech solutions given the recent shakeup across the industry.

Should Your UK Company Go Fintech? 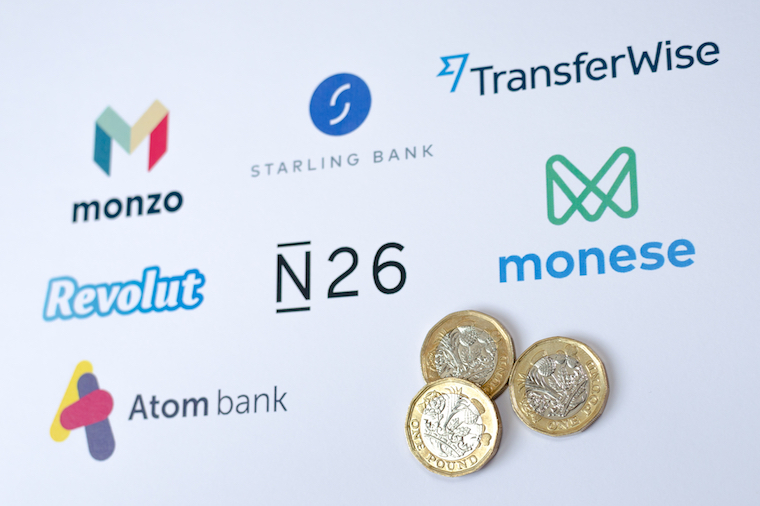 The UK is arguably a dominant player in European fintech, home to some of the most important players in the online transfer, e-wallet, and neo bank space.

But, as we’ve seen lately, such solutions are not without risk… and those risks are shocking a lot of customers back to the world of traditional banks.

With all both traditional and fintech banking options to choose from, how do you know which options will be alive in 12 months and have the functionality you need?

Or better yet, which options can you actually open?

Sometimes, fintech won’t cut it and your UK company needs a real bank account, here are a few reasons why…

Some fintech accounts are compliance blackholes and banks refuse to make outgoing transfers to them. So if you need to receive payments into your account, there’s a chance that won’t happen.

Sure maybe you can duct-tape a few UK fintech solutions together for a while if you’re a small business. And, everything usually works fine in the beginning.

But you’d be wise to have a backup…

While everyone talks about how amazing fintech and EMIs are, there is one pesky little detail that rarely ever gets mentioned…

When receiving the money to a fintech account, your UK company is usually not identified on the incoming wire as the “beneficiary.” The fintech is the recipient, then they pass the money to your “sub-account.”

And, that’s a massive risk for the sending bank.

That’s why some banks have a blanket “no transfers to fintech allowed” policy. Basically, the bank prohibits any outgoing transfers to fintech, EMIs, or transfer services that use a sub-account system and don’t clearly identify the ultimate beneficiary.

Fintech solutions are relatively accessible for most UK companies, though you can face some hurdles depending on your citizenship and residency.

In such cases, you might be able to acquire the necessary documents or proofs needed to get approved, but if not there are other options in equally desirable jurisdictions.

If you won the passport lottery at birth and currently reside in a country supported by the fintech of your dreams, congratulations! You’re in the lucky passport club.

But if you have an unlucky passport or live in a country that fintech doesn’t support – then sometimes, getting a traditional bank account is your only option. 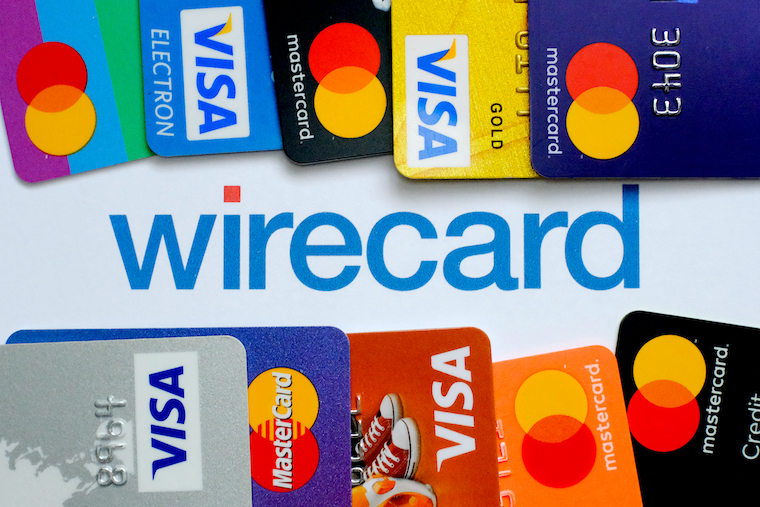 In the past, we’ve referenced how increasing regulation has made it more difficult for law-abiding citizens to open accounts and access international banks.

But we recognize that some level of regulation is needed in order to protect the interests of all stakeholders… that said, there’s no level of oversight that will ever weed out incompetence.

And unfortunately, that seems to be one of the driving factors behind Europe’s Wirecard fraud… reports suggest that their auditors failed to confirm how much money was in their bank account for THREE YEARS…  allowing this spoof that has rocked the fintech world to spiral.

We’re not saying the auditors are the only ones to blame, nor are we saying that everyone in the company knew what was happening (probably just the people in jail?). But what we are saying is this…

The fintech solutions are great and offer a ton of value to customers, but be cautious and don’t hold significant amounts of cash in them at any one time. They’re prone to freezes, fund holds, compliance issues, and some have gone bust in recent years.

Ready for a UK Company Bank Account as a Non-Resident? 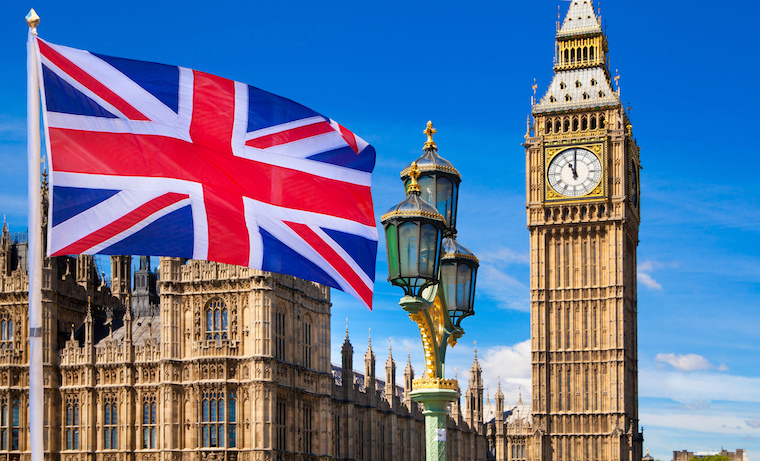 Fortunately, if you’re looking to open a bank account for a UK company as a non-resident there are alternative strategies available. We share how you can do this, even remotely, with GlobalBanks Insiders.

If you want to know which specific banks will accept you, which account opening strategies to use, how to avoid high fees, and overcome tough requirements, then we’d be happy to help you on your journey.