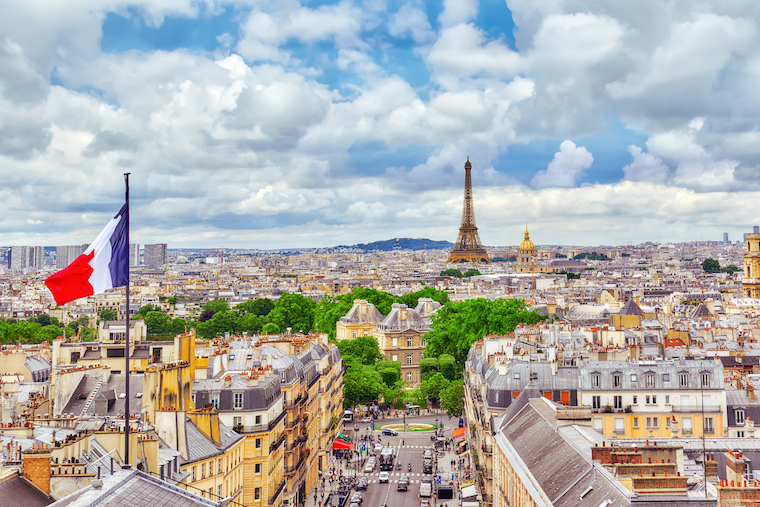 Opening an online bank account in France as a non-resident, a “compte non-resident,” can be notoriously difficult.

From complicated document requirements to discrimination against non-French speakers (and non-residents), challenges abound.

But the real question is whether you actually need an account in France at all… and if your answer to that question is yes… then it’s worth asking if you’re really sure?

While the joie de vivre is alive and well in the Republic… it doesn’t translate well to the best international banking options that you can unlock in Europe.

In fact, France is known for expensive bank accounts, slow customer service, and mountains of bureaucracy.

Don’t worry, you landed on this article to learn how you can open an online bank account in France as a non-resident. And we’re going to break down the available options and important considerations before applying.

But lucky for you, we’re also going to share some reasons why you might want to reconsider your decision… and where you should look instead.

What is an “Online Bank”…in France? 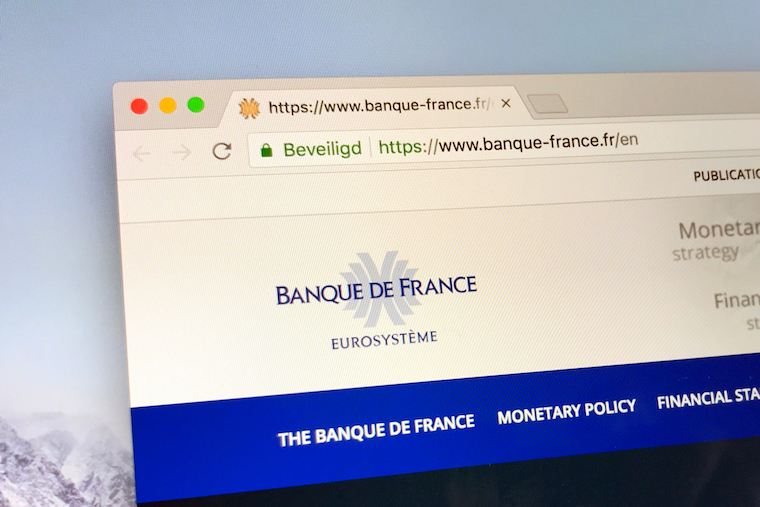 Let’s start by breaking down your options, which include traditional banks with online banking and “online banks.” In France, an “online bank” refers to a bank without a physical branch network.

When considering where to open an account, there are a few major questions that you’re going to need to answer. But first, let’s look at whether foreigners can actually open online bank accounts in France.

Before diving in further, if you’re interested in opening non-resident bank accounts that meet your specific needs, we encourage you to download a FREE copy of the Non-Resident Banking Starter Guide.

It depends. More specifically, it depends on the bank, their internal policies and specific requirements, and a few other factors. But even if you can open an account, it isn’t the end of your struggles. Non-resident accounts often come with high fees, annual document requests, and many inconveniences.

So we suggest considering the following before making the decision to open an account:

Here’s a closer look at the groups that should (and shouldn’t) open a non-resident bank account in France.

Who Should Open a Non-Resident Bank Account in France?

In almost all instances, except for three, we suggest opening accounts in other countries instead of France. We’ll talk about some of the reasons why below. But for now, let’s look at the three groups that actually benefit from banking in France:

1. Foreigners who absolutely must have a French bank account (with a French IBAN) to use French services & benefits, get paid by French employers, lease an apartment, pay French expenses, or live life in France.

2. French citizens who live abroad & need to receive money from French institutions or businesses and require a French IBAN.

3. Your company does business in France and your clients require you to receive payments into a French bank account. This is rare. But it can happen.

Now, whether you’re a non-resident visiting France temporarily, or a full-blown resident, if you plan on spending any time here, using local services, or renting an apartment, it makes sense to open a local bank account with a French IBAN.

Why You Actually DO Need a French Bank Account

Here’s a quick summary of the reasons why you might need a French bank account, or more specifically a French IBAN, followed by more details below.

Working in France & getting paid by a French company

French employers can only make payments to banks with French IBANs. Digital nomads, backpackers, and travelers who have traditionally depended solely on fintechs like Revolut, N26, Bunq are often shocked by this. But if you decide to pick up work with a French company, you’re probably going to need a French bank account in order to get paid.

Relocating, retiring, or buying a property in France

Have a French company or doing business in France? Then, you might need a bank account in France (with a French IBAN) to send and receive payments domestically.

Sometimes, French citizens who live abroad and are non-residents of France still need a French bank account. For instance, many retirees still need to receive their French pension payments. Those with French insurers may need to send and receive payments. Others might want to maintain an account in France if they have a French property or have ongoing domestic expenses.

It’s also worth noting that when French citizens become non-residents of France, French banks either close their accounts or force them to convert to a non-resident account. So before making this change, French citizens should ensure that they have a French bank account that can facilitate their ongoing banking requirements in France.

What are Your Banking Options as a Foreigner? 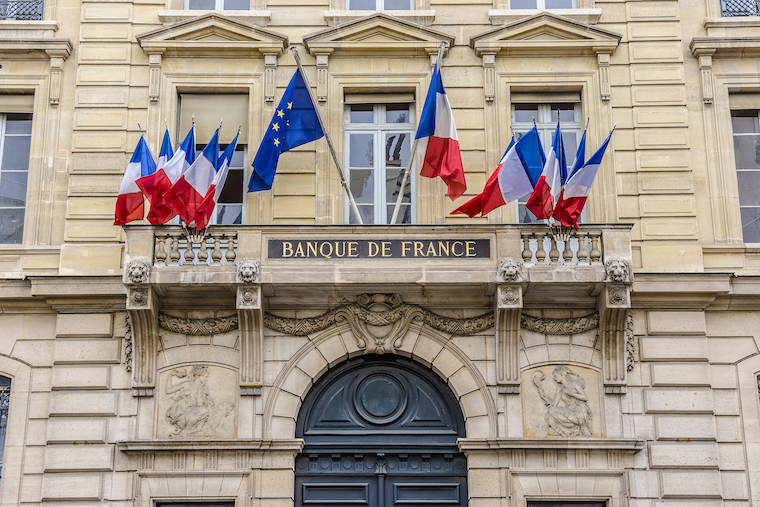 If you fit into one of the categories that we’ve outlined above, it can make sense for you to open a French bank account. But just because you need an account doesn’t mean every French bank is going to accept you.

In this section, let’s explore what options you, as a non-resident, actually have when opening a bank account in France.

If you’re desperate for a French IBAN and need to open a bank account before arriving in France, look at international banks with operations in France. Sometimes, they’re more welcoming to expats, foreigners, and non-residents than traditional French-only banks.

Choosing an international bank outside of France is useful – but only if you’re a foreigner with foreign income, a foreign employer, foreign tax residency, and only deal with non-French businesses.

If you’re not a tax resident of France and you’re getting paid by a company that’s outside of the French tax system, a French IBAN isn’t mandatory to receive payment. But, beware: many French businesses will require you to have one.

Non-French fintechs like Revolut, N26, and others are useful for small purchases. However, they don’t have French IBANs, freeze, and aren’t sufficient if you’re living in France full-time. Without a French bank account with a French IBAN, you can’t access many of the benefits and basic day-to-day services available to French residents.

Of course, as mentioned earlier, there are alternative banking options worth considering as well. So before discussing how to open an online bank account in France, let’s look at your other options.

If you don’t really need a French IBAN and don’t want an expensive bank account with high fees, you may want to skip opening an account in France entirely.

Cheaper foreign banks may work just fine if you’re only in France temporarily, not sending or receiving money with French businesses, and don’t plan on using French services or benefits.

For instance, if you’re a non-EEA citizen looking to open an EU bank account remotely, you’ll be better off opening with an EU bank from another jurisdiction. This is something that can be done completely remotely, with no extra fees… and you’ll never have to visit the bank (or the country).

Such options are available to GlobalBanks Insiders, who receive alerts as soon as such remote account opening options are identified for them.

But if you’re not a GlobalBanks Insider and you’re still looking for remote banking options in the EU, you might be limited to opening accounts with foreign neobanks and online banks. If that’s the case, fees are low, they have decent FX rates, and most come with cards. But there are plenty of risks, which we’ll cover in an upcoming article.

Of course, if you have your heart set on opening a French bank account, we’re not going to stop you. So let’s look at how you can open a bank account in France as a non-resident.

How to Open French Bank Accounts Online as a Non-Resident 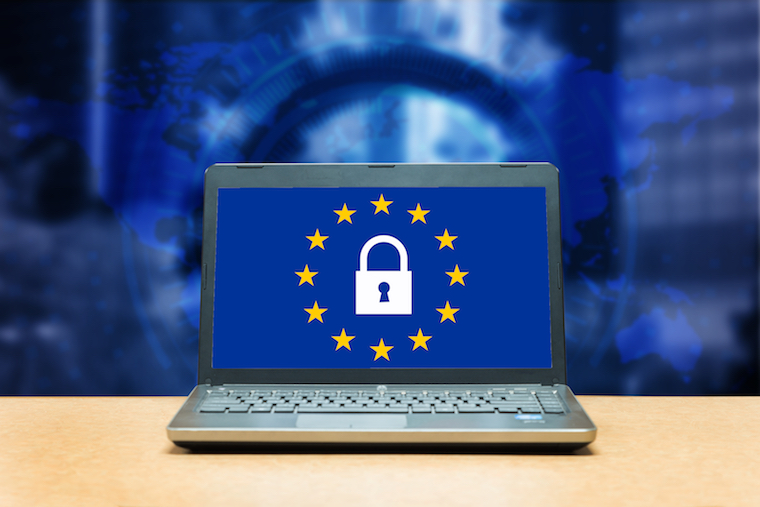 But, opening an account online in France (without visiting a branch) as a non-resident isn’t easy.

1. Already have the right paperwork

3. Have proof of a French address

It’s also important to remember that most French banks do NOT have 100% online opening. In France, “online bank account opening” typically consists of submitting your application online and then visiting the branch in person to verify your documents, answer questions, submit your signature, and activate the account.

What about non-EEA citizens?

If you’re a non-EEA citizen and a non-resident, the process can feel grueling and hopeless. And, many foreigners say opening an account at any bank in France online as a non-resident is impossible.

This is because French banks will require proof of your French address, your immigration status, and other documents.

Want to Open an Online Bank Account in France?

If you still want to open an online bank account in France and need help sorting out your options, or you’re struggling with account opening, we can help.