Banks in Barbados [What You Need to Know] 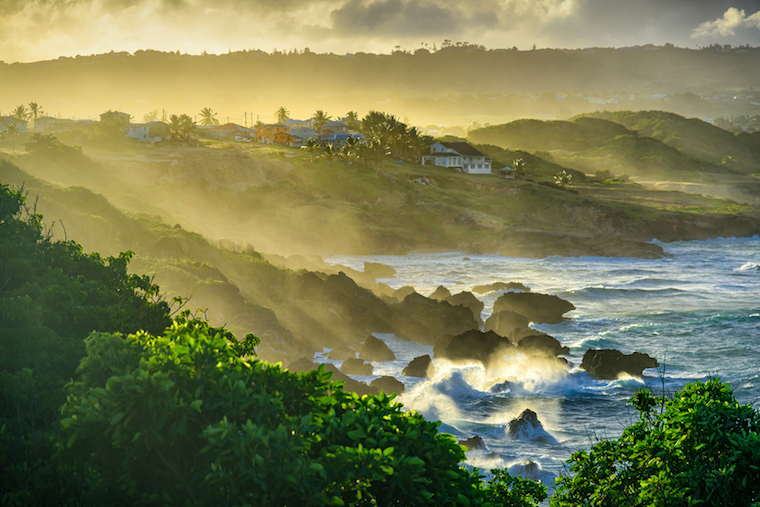 When looking to bank in the Caribbean, banks in Barbados are often shortlisted by non-residents of Canada, the UK, and elsewhere.

One of the major reasons for this is that Barbados has more than 40 double tax agreements in place, offering tax advantages to certain client groups.

So it shouldn’t surprise you that Barbados banking clients are looking for more than the standard banking benefits offered elsewhere–they want tax efficiency and (a bit more) respectability.

In this article, we’ll explore whether or not you should consider banking in Barbados, the types of banks in Barbados that non-residents and companies can access, and who benefits the most from opening accounts here.

Before diving in, don’t forget to download your FREE copy of the Non-Resident Starter Banking Guide. It helps non-residents navigate the world of international banking and start opening accounts faster and easier in countries like Barbados.

Barbados From a Banking Perspective

Barbados was first occupied by the British in 1627 and it wasn’t until 1966 (339 years later) that it gained full independence.

During the 1970s, while the long arm of the City of London extended across the Caribbean, Barbados wasn’t considered one of the “crown jewels” like the Bahamas, Cayman, or BVI.

Instead, Barbados struck out on its own, signing tax agreements that put the country at the center of free-flowing tax efficiency deals with major players like the US, and yes even the UK.

But Barbados really made a name for itself in the ‘80s. In fact, in 1980, Barbados signed a double tax agreement with Canada, essentially encouraging Canadians and Canadian businesses to route their earnings through entities registered in Barbados.

In reality, the tax agreement with Canada turned Barbados into an unofficial part of the Canadian economy–becoming one of the most tax-efficient avenues for Canadian corporates to repatriate earnings back home.

Today, Canadian corporates, entrepreneurs, rich families, and their trusts flock to Barbados to take advantage of the available benefits. As of 2019, nearly $40 billion USD was held in Barbados on behalf of Canadian corporations alone. Not too shabby for a tiny Caribbean island with only 300,000 people.

Not surprisingly, the Canadian Revenue Agency (CRA) has ensured that Canadian tax law is updated to protect against abuse of the tax-treaty. So, you’ll need to check with a qualified advisor to determine whether you can actually capture such tax advantages.

Could Losing the Queen Impact Banks in Barbados? 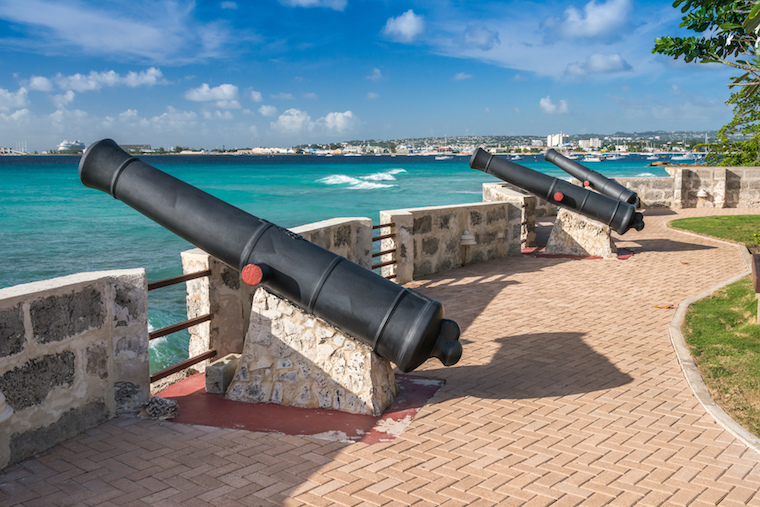 While Canadian connections are strong in Barbados, the country is apparently cutting ties with one of its other sovereign relatives: the UK.

In September 2020, Barbados announced that it was officially removing the Queen as its head of state… making Barbados the world’s newest republic.

You may find some locals cheering in the streets, “Finally! Down with the Monarchy!”

But in reality, nothing is changing. Barbados will still have a prime minister, a Westminster style parliament, and it’s even staying within the Commonwealth.

In other words, this is better explained as a change in branding than a shift that could impact economics, banks in Barbados, or existing tax treaties.

Not surprisingly, the biggest risk to Barbados, like other small banking jurisdictions, is the ongoing de-risking by international banks, correspondent bank relationships (CBRs), and international regulators.

For example, Barbados is currently on the FATF greylist, was only recently removed from the EU blacklist, and is considered by the US Department of State as a major money laundering concern for the proceeds of drug trafficking.

So needless to say, the banking sector, local regulators, and banks in Barbados are all walking on eggshells to make sure they get removed from existing watch lists and don’t get added back onto the EU list of non-cooperative jurisdictions. 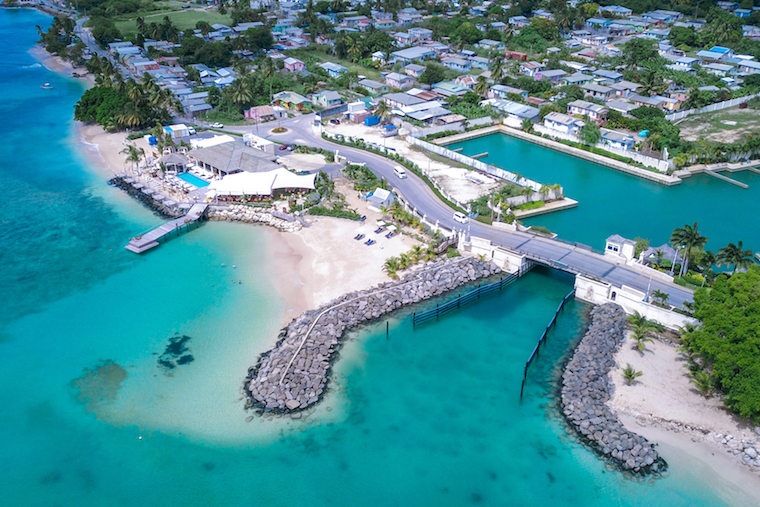 Now that we have a full picture of Barbados as a banking hub, it’s time to take a look at the banks in the country.

Today, there are over 30 banks in Barbados. Many of them are medium-sized Caribbean banks, while others are international banks from first world countries.

Canadian banks, not surprisingly, play a large role here–just like they do in other Caribbean island nations. But, this could change given the desire of CIBC, RBC, and Scotia to reduce their presence in the region.

That said, international banking in Barbados is primarily focused on corporate clients–representing approximately 85% of total assets. With this in mind, most of the larger banks on the island simply operate as tax-efficient booking centers for their parent companies and non-resident clients.

Personal banking, which represents around 10% of the international banking activity in Barbados. But the banks in Barbados that cater to foreigners, non-residents, and expats focus on investing and wealth management activities. So, if you’re interested in banking in Barbados, you should be in search of private bank accounts.

Banks in Barbados With Regional Ties

Lastly, certain banks in Barbados have specific regional interests that could be of interest to certain groups. For example, some banks are more inclined to deal with North American and Latin American clients. Other banks will are more familiar (and comfortable with) Russian and CIS clients. Other niches include international corporates, trusts, regional businesses, and more.

Benefits of Using Banks in Barbados 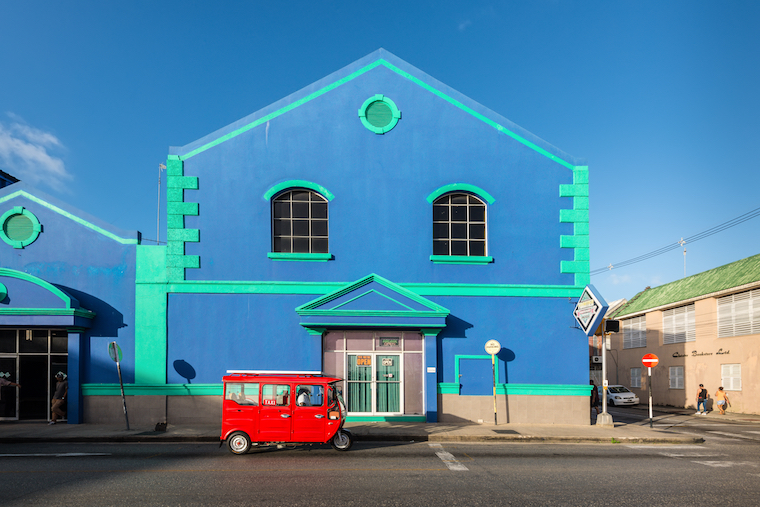 There are a few notable advantages to opening accounts with banks in Barbados compared to other Caribbean nations. These range from strong tax treaties with international jurisdictions to low domestic tax rates for offshore companies.

With this in mind, here’s a quick list of the key benefits non-residents look to capture when opening accounts with banks in Barbados:

Clearly, opening an account with banks in Barbados can offer unique advantages. But many of these stem from its double tax agreements that the country has with other nations. With this in mind, here’s a list of the existing agreements currently in place with Barbados (Updated: Sept 29, 2020, from Invest Barbados):

What Do You Need to Open Accounts in Barbados?

Like banking anywhere, if you want to open accounts with banks in Barbados, you’ll need to pass each bank’s onboarding and due diligence process. While the exact requirements vary from bank to bank, you can assume that you’ll need to provide certified documents for both yourself and your company, and much more, if opening corporate accounts.

But in addition to passing due diligence, bank selection is important. And, you’ll want to make sure that you’re opening with the best banks in Barbados. Again, there are 30 banks to choose from, but not all of them accept non-residents. Likewise, not all will accept foreign companies–even if junior staffers say they do.

So when opening accounts with banks in Barbados, make sure you’re applying at a bank that actually caters to your specific client profile. From there, the onboarding and due diligence process will differ depending on several factors–who you are, where your company is from, your business type, risk profile, and much more.

We explore everything you need to know about international banking, account opening, and bank and banker selection in GlobalBanks Insider. We’ll even help you identify the best banks in Barbados to meet your specific objectives.

If you need help finding the best banks in Barbados, want to know which banks will actually accept you, or just aren’t sure where to turn, we can help.

When you join GlobalBanks Insider, you’ll get instant access to our entire archive of Banking Intelligence Reports. These include proven strategies for opening accounts. We also share contact information for specific banks and bankers. And to make sure you don’t waste time, we’ll also provide details on each bank’s preferences, sensitivities, and more.

You’ll also get access to the GlobalBanks Database which includes easy-to-digest bank profiles, analyst insights, account opening contacts, and unique opportunities for the top banks in 50+ countries. This includes banks in Barbados and similar jurisdictions.

Plus, you’ll get real-time analyst support through email, and get answers to your most pressing banking questions, including the banks that our team thinks match your objectives.