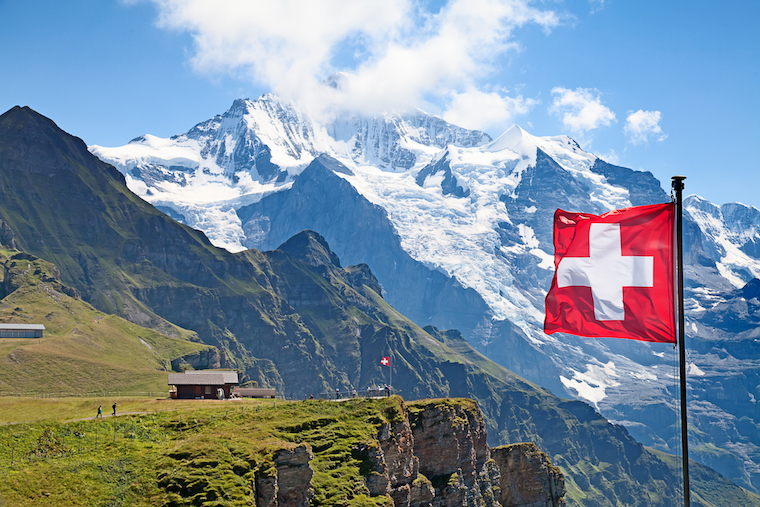 The anonymous bank account in Switzerland is probably the most misunderstood tool in international banking. Top advisors, trustees, and even bankers will give you conflicting information about your options.

But anonymous Swiss accounts aren’t anything new. For almost a century, they were the ultimate form of asset protection, used by the super-rich to build wealth offshore, unfettered by taxes and regulations…

Their popularity kicked off in the ‘20s, when France dramatically increased tax rates, forcing the wealthy to look for safe havens for their personal wealth. Switzerland was a popular choice.

The original appeal of an anonymous bank account in Switzerland was three-fold: unbreakable privacy, tax minimization, and sophisticated banking services not available elsewhere.

The thinking back then was simple, if you had an anonymous bank account in Switzerland that nobody knew about, you didn’t have to report it…or pay taxes on it.

But times have changed. And the reasons for wanting an anonymous bank account in Switzerland and the options for acquiring one have changed too.

In this article, we’re going to demystify the anonymous Swiss bank account, explain what they are, the benefits you can (and can’t) unlock, and how exactly anonymous accounts in Switzerland actually work today.

But before diving in, don’t forget to download your FREE copy of the Non-Resident Banking Starter Guide so you can start opening the international accounts you need right away…

Governments, tax departments, and politicians everywhere have hated Swiss banks since the beginning of time. And, governments have been trying to destroy Swiss banking and discourage their citizens from opening secret accounts in Switzerland since the early 1900s. But, we’ll get into that later.

For now, let’s get on the same page about what an anonymous bank account in Switzerland really is…

Originally, the account owner’s name and account number were written on an index card, which would be placed in the bank’s safe, and only accessible to the banker and his boss.

Then, the client deposited money in the anonymous account and the private banker would invest it on their behalf. Typically, the funds were invested abroad (outside of Switzerland) in foreign stocks, bonds, and various investments. For example, in the 1970s, 33% of all US stocks were owned by foreigners… in Switzerland.

But, here’s where things got touchy (and what made foreign governments angry)…

And unfortunately, many owners didn’t declare or pay taxes on their anonymous accounts in Switzerland, which eventually brought down the whole system. 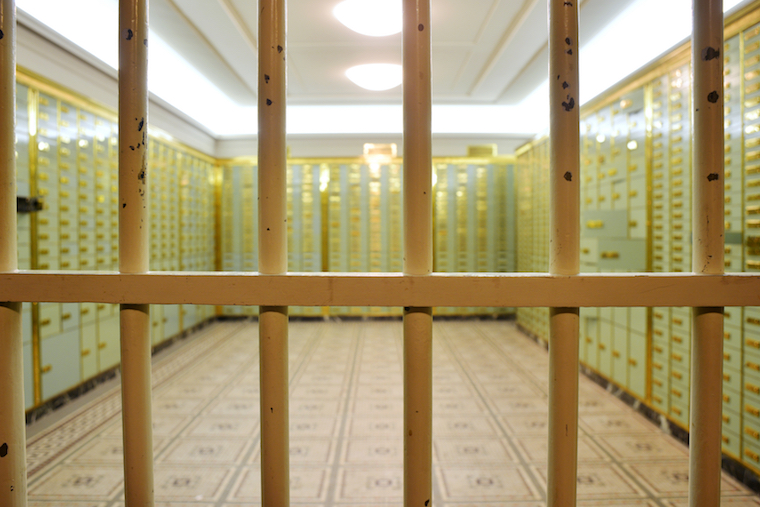 For example, before 1992, there were two different types of accounts in Switzerland: Form A and Form B.

The “Form A” account was a standard bank account that included the name of the beneficial owner. In other words, the Swiss bank knew the real identity of the account owner.

But, “Form B” accounts were different. The bank did not have any information about the beneficial owner. And the account was usually opened by a lawyer, accountant, or third-party service provider.

Here’s what happened with “Form B” accounts:

This was a huge loophole. Not surprisingly, it attracted billions to Switzerland. 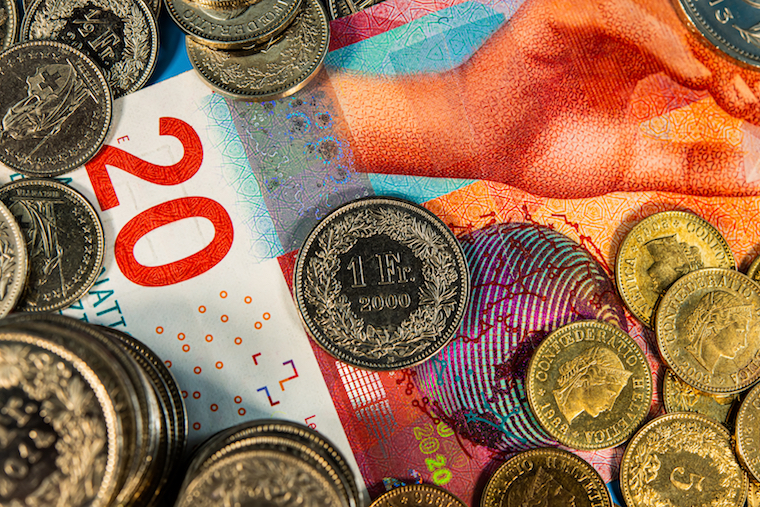 Here’s what was so insanely attractive about Form B accounts and Swiss banking in general, back then:

You could use a third party and Swiss banking laws to create multiple layers of privacy.

And, Switzerland’s banking laws included the concept of  “banker-client privilege,” which was just like attorney-client privilege. That meant Swiss banks and bankers weren’t allowed to divulge details about you or your money to anyone, including foreign governments.

So, for example, what some people did was create an offshore holding company with nominee directors (or with bearer shares) and then hired a lawyer to open a Form B bank account for the company. This made it impossible for anyone to identify beneficial owners. And, the bank had no clue who the account owner was.

An anonymous bank account in Switzerland used to come with multiple tiers of privacy and legal protection:

But then, in 1992, the rules changed and Form B accounts were abolished. And, the Swiss Banking Commission said the party was over. From now on, the ultimate beneficial owner had to be identified to the bank. People couldn’t hide behind attorney-client privilege anymore.

This made it slightly more difficult for criminals, drug traffickers, and dictators (as well as their lawyers) to open anonymous bank accounts in Switzerland.

The Anonymous Bank Account in Switzerland… After Form B

But, even with Form B accounts abolished, people still wanted to bank in Switzerland.

What was the main attraction? Switzerland still had bullet-proof banking secrecy laws, banker-client privilege, and it was still illegal for Swiss banks to divulge details about their clients to foreign governments.

In other words, if a foreigner opened a bank account in Switzerland, Swiss banks were not allowed to tell foreign tax authorities about it. And, since foreign governments still couldn’t crack the Swiss banking code, most people thought their undeclared Swiss accounts were safe.

So, foreigners continued opening anonymous bank accounts in Switzerland to avoid tax in their home countries. Swiss banks were sworn to secrecy and the foreign governments couldn’t force them to reveal anything… 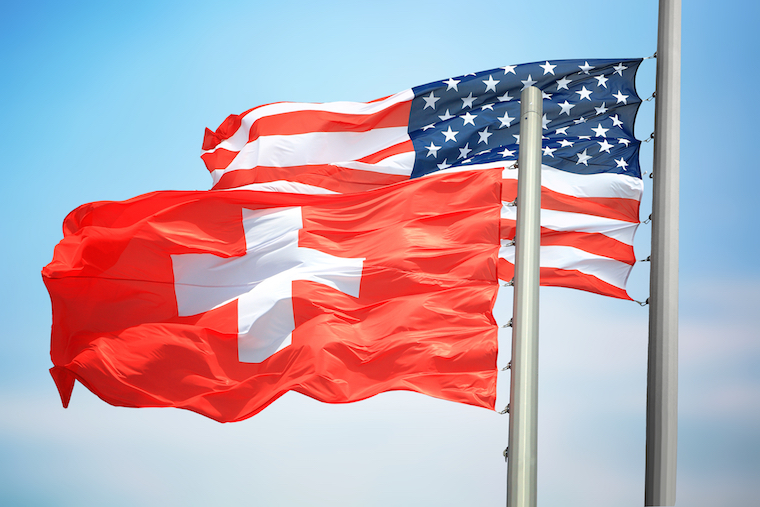 When you walk into a Swiss Bank, you don’t expect your banker to be an American named Brad.

Brad is an infamous character in Swiss banking history…

His actions blew the lid off Swiss banking secrecy and changed Switzerland forever.

And, to this day, every Swiss banker cringes when his name comes up.

Brad worked for UBS in the 2000s. His goal? Attract as many wealthy US clients to Switzerland as humanly possible. Americans wanted to open bank accounts in Switzerland to avoid paying taxes to the US government. And, Brad helped them do it.

Then, the US government said it was illegal to help Americans evade taxes. So, Brad quit, blew the whistle, and tattletaled on UBS.

And, in the process, he gave the US government everything it needed to blow up Swiss banking secrecy,  the banking laws surrounding it, and forced Swiss banks to divulge information on their US citizen clients…for the first time in history.

Today, all Swiss banks must identify the ultimate owner (UBO) and automatically send client information to foreign tax authorities in accordance with FATCA and CRS,

But, there are some alternatives that still allow similar benefits… though reporting and disclosure requirements are entirely dependent on who you are, where you live, where you report taxes and other considerations. So be sure to check with your lawyer, accountant, or tax advisor before making any decisions.

You see, people still use Switzerland (and Liechtenstein, Luxembourg, Panama, Belize, Cook Islands, St. Vincent, Nevis, etc., etc.) to achieve the same objectives as an anonymous bank account in Switzerland. But instead of holding the bank accounts directly as individuals, they do so through foundations, trusts, or other entities.

So with that in mind, let’s take a look at a number of reasons why people want an anonymous bank account in Switzerland and how such structures can help them achieve them.

Why Do People Want an Anonymous Bank Account in Switzerland? 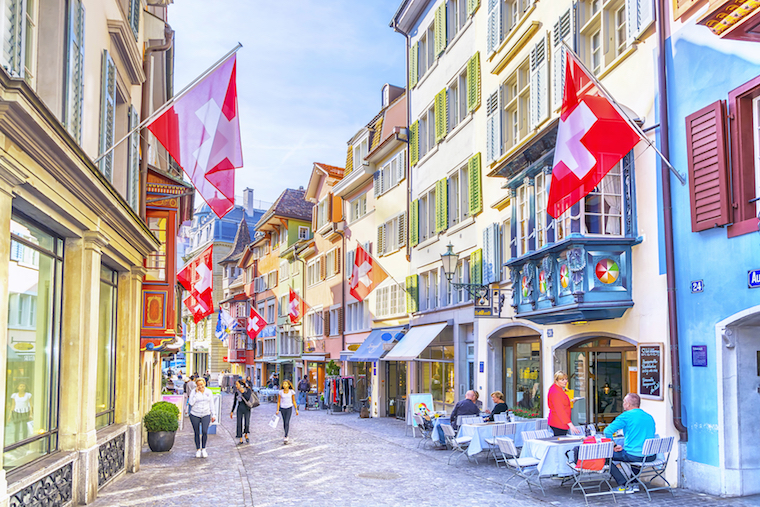 For decades, people flocked to Switzerland because Swiss banks wouldn’t send their information to foreign tax authorities. But that era is over. And now, banks automatically send your bank information to your home country.

And many places around the world, including the US, Canada, UK, and other major jurisdictions still allow you to hold funds and have them appreciate tax-free. So, you just need to know which structure is best suited to your residency, citizenship, financial objectives, and other important considerations.

This is one reason why so many people want to bank in non-CRS countries like the United States.

If you’re from a country with weak laws and overt corruption, you might not want corrupt government bureaucrats or easily bribable bank employees to access your bank account information. After all, this makes you vulnerable to extortion, blackmail, kidnapping, and all sorts of unfortunate occurrences.

And while this might seem like a stretch to many readers from stable Western countries, the threat of unlawful asset seizure is a daily concern for citizens from many nations around the globe.

Some people want to flee instability, oppression, or draconian laws in their home country. Throughout history, governments have created laws and regulations to increase control over their citizens and their assets. Some do this by criminalizing certain acts, others use increased reporting requirements or financial consequences.

For example, under laws in Nazi Germany, failure to report foreign holdings meant the death penalty.

Today, the US government puts its own citizens (and residents) in jail and slaps them with massive fines if they don’t report their taxes properly.

Many people are first introduced to anonymous bank accounts from movies. They have an aspirational appeal. And every time a blockbuster movie has a Swiss banking scene, it only adds to the mystique of Switzerland and anonymous accounts. Even James Bond asks, “If you can’t trust a Swiss banker, what’s the world come to?”

Hollywood likes to give the false impression that money stashed in Swiss numbered accounts just sits there…… until the owner shows up to claim it.

But the reality is, most foreigners opened anonymous bank accounts in Switzerland for the purpose of investing outside of Switzerland. The Swiss bank was just an intermediary. Yes, Swiss bankers provide all sorts of useful services and manage investments. Once funds are in Zurich or Geneva, they can then start making money for you via international investments.

In fact, most Swiss banks charge high fees and have low-interest rates, encouraging non-residents to invest. So, keeping $2 million in a Swiss bank account with a negative interest rate and paying $2,000 per year for the privilege of keeping your money there is a costly endeavor. 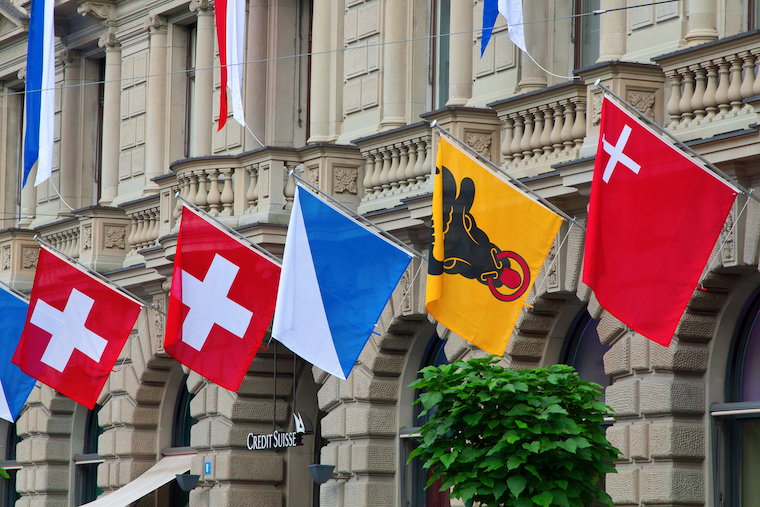 Swiss banks can offer a lot of benefits to certain people, so the answer to this question depends entirely on you and your objectives.

For example, Switzerland (and Swiss banks) can be great for individuals looking to access high-quality wealth management services. But there are other jurisdictions that you can (and should) consider as well.

Likewise, depending on your citizenship and residency, there may be better private banking jurisdictions available. That said, if you’re from certain countries, Switzerland might be the perfect fit.

All things considered, Switzerland is still one of the best banking jurisdictions in the world with some of the best banks in terms of financial stability and management. So if you are thinking about banking here, it’s certainly worth considering.

But regardless of whether you’re looking to open an account for yourself, a foundation, trust, or a company, you need to ensure you find the right bank and the right banker to match your objectives… and with that, we can help.

If you want help sorting out your banking options, or you’re struggling with the account opening process, we can help.